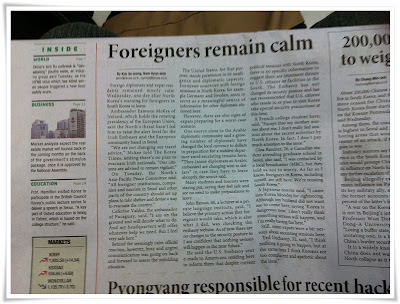 So many has been asking repetitive questions to me on the safety of traveling to South Korea especially when the peninsular has been bombarded by countless threats from North Korea in the recent event.

I, personally could not guarantee your safety. Period.

But, what I feel right now is not anxiety or alarmed by the same old story.

People who live outside of South Korea were scared by the everyday news displayed by the media in their countries but truthfully, the Koreans and that includes me; we live life as normal as it can get.

Heck...even the video shown in the news was the old one and repetitive. Media, please update yourself.....*sigh*

No one knows the future for one is not God.

As a Muslim, I believe in God's Qada' and Qadar which means destiny and divine foreordainment. I just pray for everyone's safety and mine too.

If you are in South Korea now, let your embassy know your details:

How do I proof that there's only peace in South Korea now and not a single trace of chaos in sight?

Look at these pictures, I just had a cherry blossom picnic YESTERDAY dated 13th of April, 2013 at Yeoido Park with my friends: Feia, Saddam, Zuruel, Lisa and Jun Yun Jae. 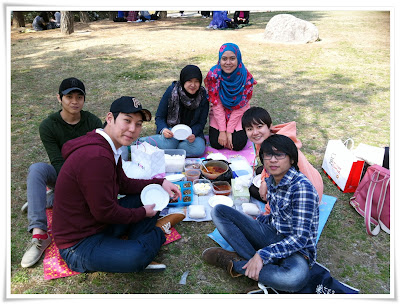 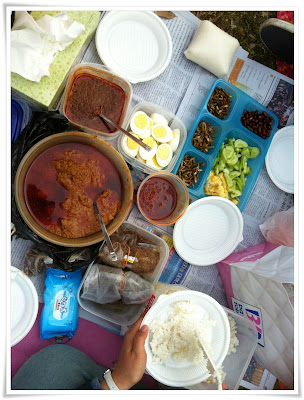 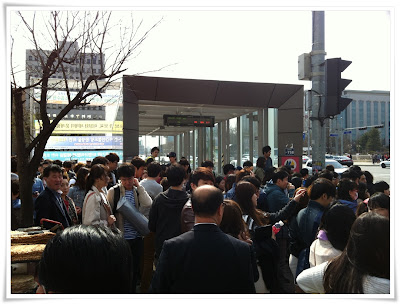 Look at the crowd going for the Yeoido Cherry Blossom Festival 2013!
This was in front of National Assembly Station, Line 9, Exit 1.

After the picnic at Yeoido Park, me and Feia went to Sinchon to appreciate spring festival under the cherry blossom which is just right in front of my house. 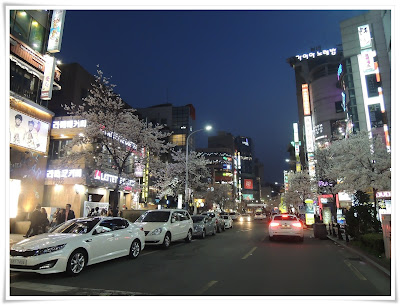 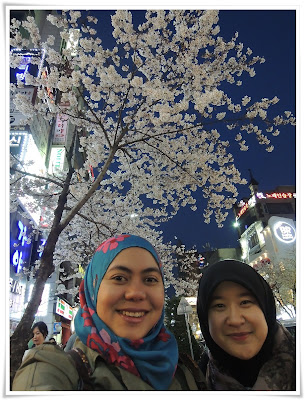 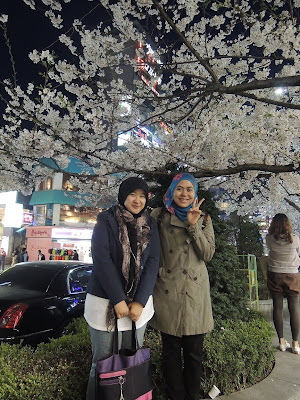 If that is not PEACE, what is? *look at my hand gesture? ^^*
Pray for peace in South Korea, your safety and ours. There's nothing to be afraid of.