The performance was on 16th October. Bun Sok saw the news on TV in the morning and decided to go if the weather was good. After cooking my Laksa for them, we went to Bonghwa to watch the concert. There, I had tteok again. Yahoo!! They served songpyeon..ngehehe. 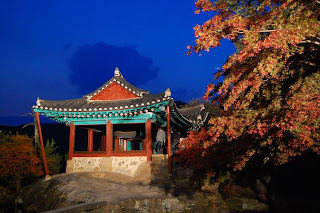 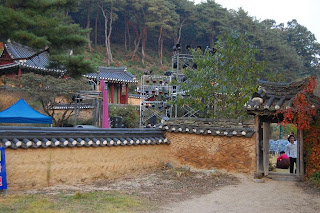 The staffs were preparing the stage. 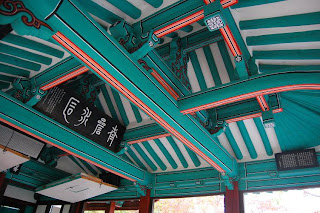 Under the pavillion's roof. 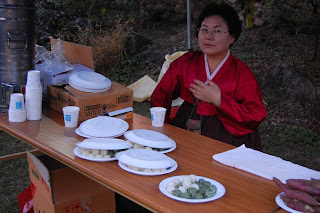 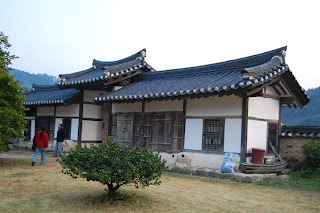 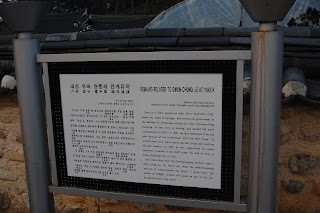 Some explanation on the Gwon's village. They are the nobles in the village. 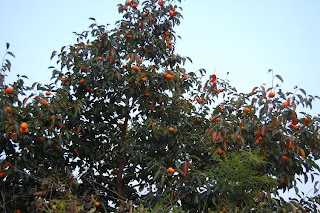 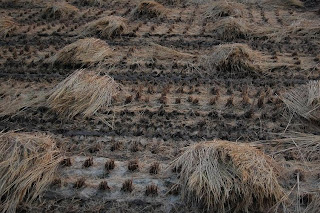 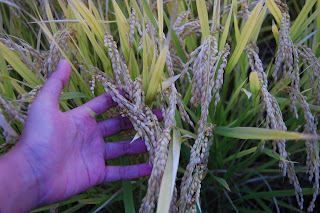 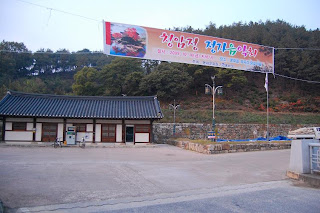 Entrance to the Gwon's village. 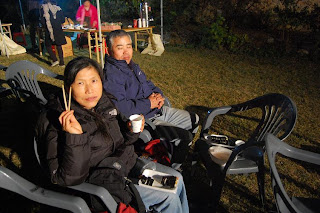 We ate kimbap for dinner and the weather was sooooo cold! 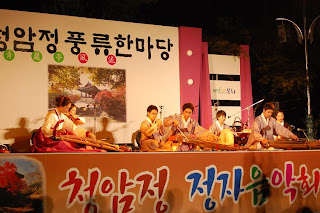 This was the first part - korean traditional folk music. 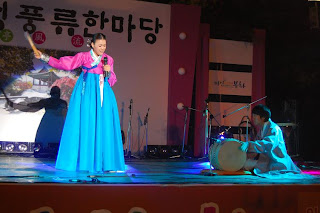 I love this performance. She's narrating a story. 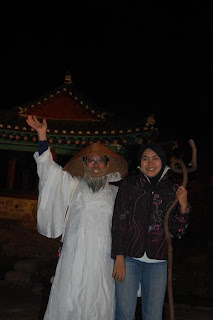 Hahaha..this was funny but he's cool! 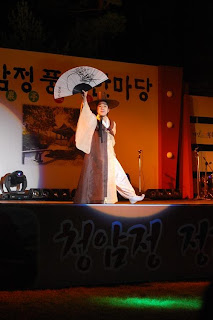 A solo folk dance . He was very graceful. 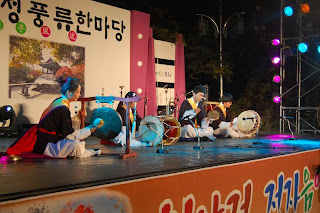