Snowfall started pretty early for winter 2013/2014. It used to be pretty rare to get snowfall this early in November but this time around..I was amazed by mother nature. It's our doing anyway. We have to take care of our nature more.

The climate is a hullabaloo.

My last time snowboarding was in 2009 at Phoenix Park Ski Resort near Pyeongchang-gun. The place was full of slush and snowboarding at night with minus 13 degrees climate was pretty challenging.

I was a beginner, with three expert teachers.

Seriously, I learned a lot from that painful experience. Balancing myself on a board was pretty challenging. Don't even talk about the painful fall. You must be careful not to fall on your knee. Heed this warning. For myself, five times going and falling down the slopes and I was up for a thrill by myself, on my own alone without supervision but my knee suffer now.

They (my expert teachers) left me for the more advanced slope. T_T 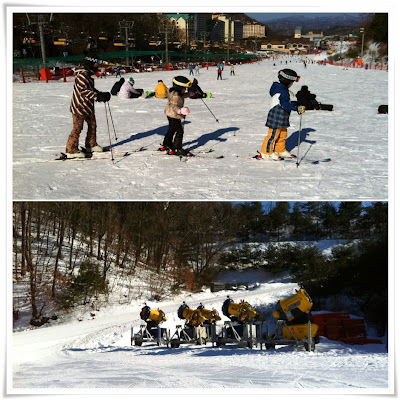 The beginners at the beginner slope (that includes me!)
and the giant snow machine at Vivaldi Park Ski Resort.

The fact that we didn't start with beginner slope was disturbing but the adrenaline rush was there, no doubt. We did the intermediate slope..I know..I was crazy. Nope..they were crazy, because it was $%%^^&# hard. Hahha...

Well, the second time I snowboarded which was on 24th January 2013 at Vivaldi Park Ski Resort. The journey was about an hour and a half from Seoul.

I had milk coffee in the shuttle bus from Gwanghwamun; on an empty stomach and it was a huge huge mistake. I felt like puking the whole journey to Vivaldi Park Ski Resort and my seat was second last from the back.

There were little to none air ventilation in the bus. At least that was how I felt. The heater was not turned on and there is no window whatsoever, so I was gulping for air like a half-alive fish.

Anyway..the day was bright and it snowed when we ( Razzak, Faiz and me) arrived at Vivaldi. We shouted like crazy kids!! Because of the snowfall...I know, I was a bit 'jakun' myself. Hahaha.. 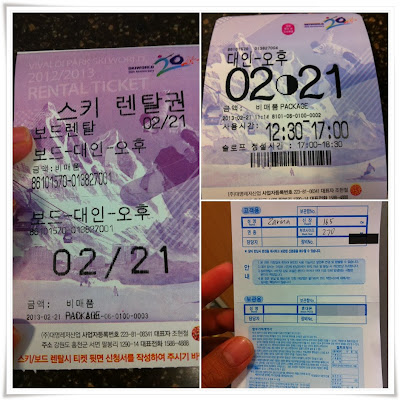 Buy your ski lift first - This includes the ski gears but excludes ski apparels.
Fill up your name, height, shoe size in millimeter
and your contact number (where I had grayed).

Since we arrived pretty early, we snacked at the food court with Starbucks and changed to our gear at about 12 noon.

I bought GMarket package for snowboarding class. Our trainer was Korean and he speaks passable English and I had to interpret most of the times for both my guests. 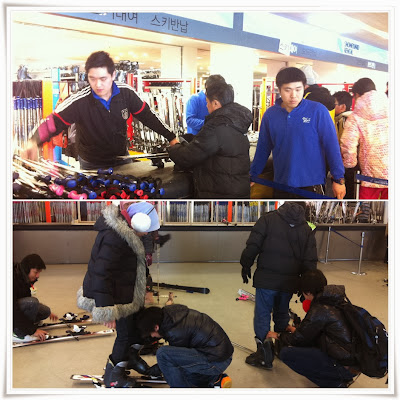 Once it's reaching your ski time (like us 12.30 noon),
go to the ski gear rental, show your ski rental card
and wear your gears.

Snowboarding again after 4 years felt so natural for me. Like when you know how to ride a bicycle and you don't ride one for 5 years but you still remember how to right?

I did fall but with less impact this time and I was surprised that I could stand up right after the fall and start snowboarding again! **I am just still a beginner. No skill whatsoever. 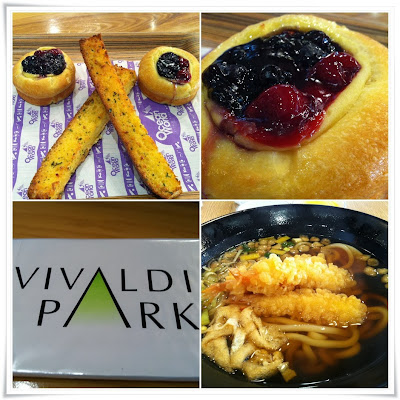 All that skiing will make you hungry! 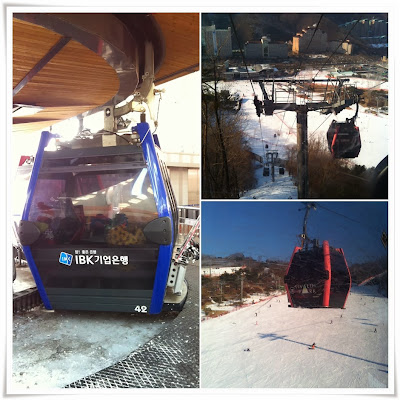 Tip1: If you know Korean language or you have Korean friend, you can actually buy cheaper package via online promotion ie Gmarket, Coupang, Ticket Monster, We Make Price. Some may need Alien Registration Card id to register.

Tip2: If you know a friend who knows skiing or snowboarding, you can just pay the ski lift and rental for gear (clothes at about 25,000 to 30,000 won or just wear your waterproof winter wear). No need to pay for the lesson. It's actually cheap if you know the right people.


For a beginner, it doesn't make much difference. The only thing that I want to do is to master all the snowboarding skill on beginner slope first. After passing that, then only  I would consider more challenging slopes.


Phoenix has more genuine snow (I think) because it is further north (all depends on weather) compared to Vivaldi but Vivaldi is reachable from Seoul faster and you have to stay over a night in Phoenix if you want to ski there. It's a win-win.

Why I prefer snowboarding?

Snowboarding is cooler. Heheh..
The gear is only the board. I hate to bring many gears.
I have never skied so I don't know the difficulty level compared to snowboarding. It seems hard for both.