One of the many reasons that I want to go to Itaewon is because there's a big mosque there and amidst that are fusion of culture western, asian and everything jumbled into one. The place seems to emerge a whole new small world on its own in the middle of Seoul.

from Virtual Tourist. "Itaewon is a kitchsy, touristy area of seoul. It is the international part of seoul since it is in proximity of yongsan garrison of the US Army. However, it is not a representative of seoul since it mostly caters to tourist and US Troops. The main street runs for 1.4 kilometers between the Itaewon Junction at the west end and the Hannam 2-dong ward office at the opposite eastern end. Off this main street lie a score of alleyways and underground arcades crammed with stores, eateries, nightclubs and bars."

Here are the top 10 pictures (from my opinion) taken from Flickr that embodies the epitome of Itaewon:

1. jump in snow! by youngdoo
Particularly like this work of art because of the fallen snow and the energy by these people. Hmm..Itaewon, the name itself sounds very energetic with its fusion of culture. 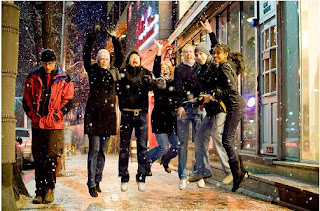 2.Seoul Central Masjid, Itaewon by Mohamad Faizal Omar
Great angle! Most of the shot taken of this mosque is from the front which I don't feel the serenity evoked in me but this one does. ^^. No doubt, a huge landmark in Itaewon. 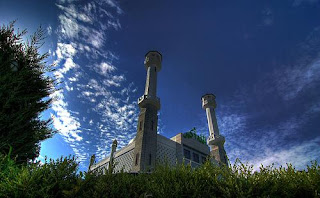 3. Way Too Much by Ronnie Fung
Frankyly, not a good shot at all from a photography point of view. But the way Ronnie describes Itaewon is mind blowing..haha I agree, indeed. ROFL

"Itaewon, Korea. This was taken on a Saturday night. There is a man busking in a Spiderman outfit, he can't play guitar. There is a man selling watermelons, some may be rotten, some not, either way, in between sales he scratches his boys with no shame. There is also a prostitute in a doorway, sending a text message and a blur of motion from a group of MP's taking away a criminal of some sort. Lord knows what else is going on. This place is mind blowing. " 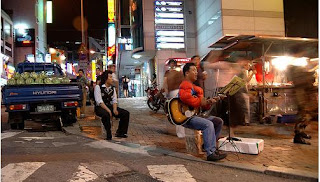 Brrr...it's cold. An evening after work. Look at the lady snuggled with her muffler. Itaewon couldn't be much prettier than this right? 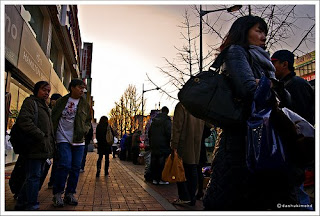 5. A sprinkle of light by Lindsaymp

Simply because of the comment.
I just feel that the picture is quite ok but one of the comment is so hilarious : Cosplay?
Haha..It's not even nearer to that in Harajuku, eh? 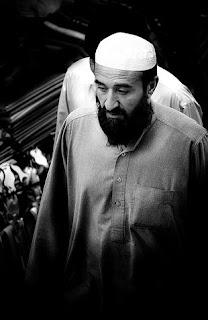 Just because.. I like Mr Bokeh!! Hahah..I just admire all his pictures. It can conjure subtle feelings. Wish had that gift in me. This bike is sooo..lonely. 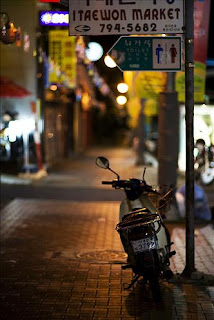 If I ever got to Itaewon, I will..oopss no..I MUST visit this shop. Why? Cause Malaysia has this bakery too. But not with this option: Vanilla ice-cream as filling. Hmm..I'm a fan!! The smell is just so irresistible even from far. 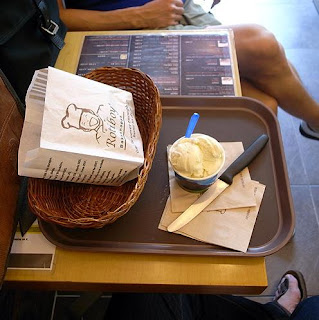 Hmm..a racy, saucy image. Nothing better than an ahjumma to sell this stuff. Hehe..no offense to all the ahjummas. Ahjumma fighting!! 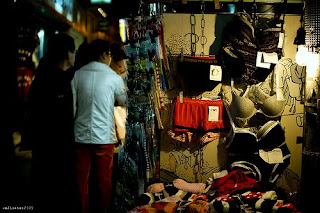 2 korean friends making a fool out of each other. Sweet! 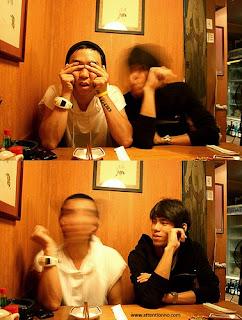 My most favourite picture out of the 10. Reminds me the sunshine in Malaysia. Arghh..I love the warmth and the girl holding her puppy, isn't that sweet? 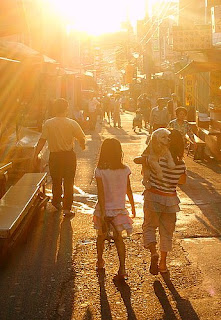