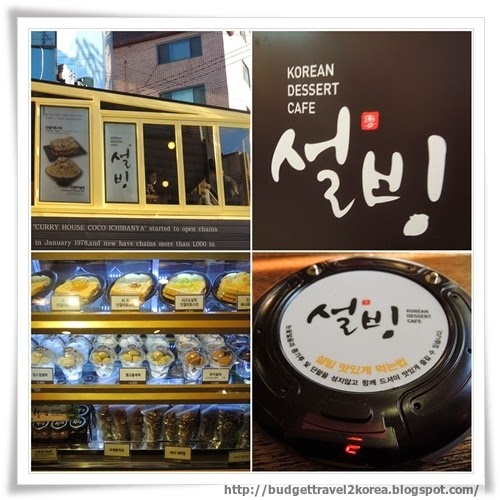 Seolbing or in Korean - 설빙 is definitely a gem. Not that I haven't tried bingsu / 빙수 / shaved ice before but it seems at the moment, Seolbing had me at my first spoon. Cheesy? Yup...full of it! You should never leave the cafe' without trying their cheese patbingsu.

I am bias when it comes to everything cheesy.

The proof was: I had indulged myself twice in 2-days straight at the same cafe' (in Gangnam - at the time, this is the first Seolbing franchise in Seoul). 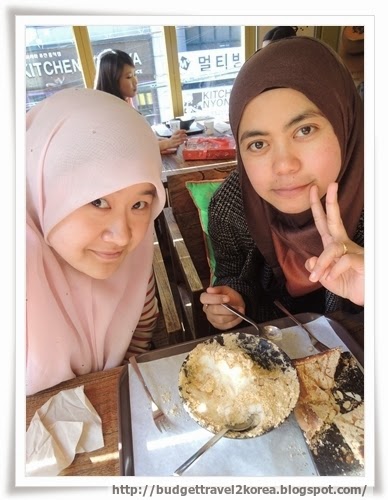 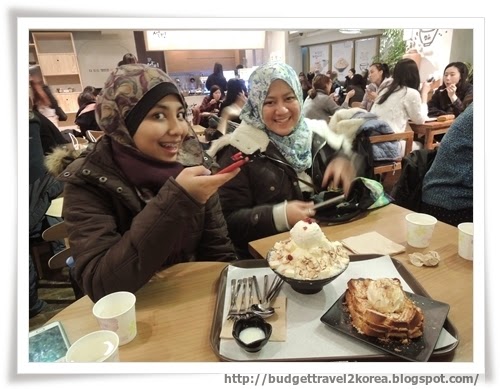 Second day: Again with Feia and these crazy K-Pop kiddos - Azma and Alya

Those who might not be so keen to try the 'pat' of the bingsu - 팥 = red bean, then Seolbing also have new selections or seasonal menu like what they are having now: Mango & Cheese Bingsu. 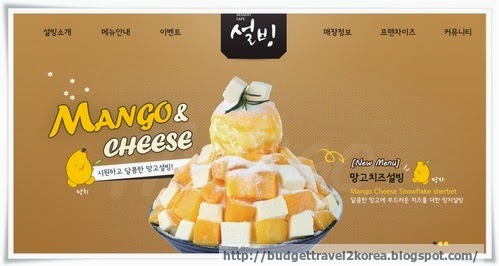 What I like about Seolbing's bingsu is that that they serve snowy shaved ice instead of the coarse shaved ice which is the real deal. Soft and melting in your mouth with every spoonful.

Anyway, my suggestion is to share the bingsu at least with two or three friends. Not that I doubt your ability to indulge a big bowl on your own but I was for sure could not finish it on my own. Try other menu too like their injeolmi toast. That is seriously delish! I kid you not..nyam..nyam..nyam. 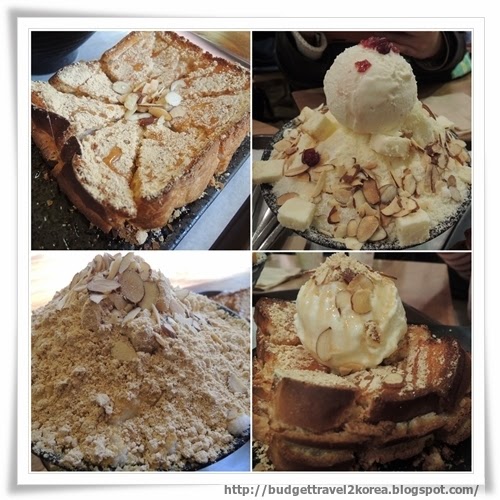 How to go to Seolbing?

As of now, Seolbing has so many franchise in Seoul area alone but I will just give you the directions where you can have them the easiest. 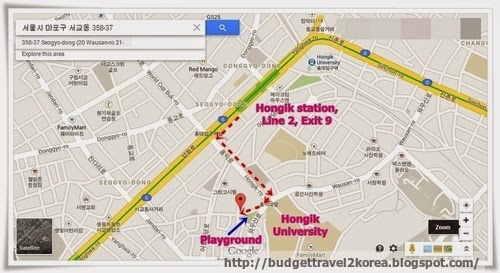 Once you go out from Hongik Station, Line 2 (green), Exit 9 ---go straight until you see a traffic light and then turn left to walk up the hill until the end of the road where you see the entrance of Hongik University. Then, cross the road and you will see a small playground. Walk up the hill to the playground and walk straight up. You will see Seolbing on your right on the second floor on top of Too Cool For School. My suggestion is to sit on the 4th floor if the weather is good. You can have a top view of Hongdae from there. ^^ 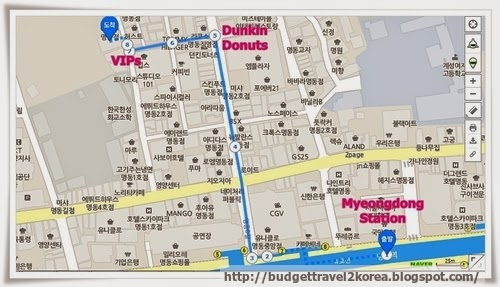 Once you walk out of Myeongdong Station, Line 4 (light blue), exit 6 --- go straight until you see Dunkin Donut's. Then turn left and walk straight until Vip's. Turn right, and you will see Seolbing is on your left, on the second floor, on top of Red Eye. 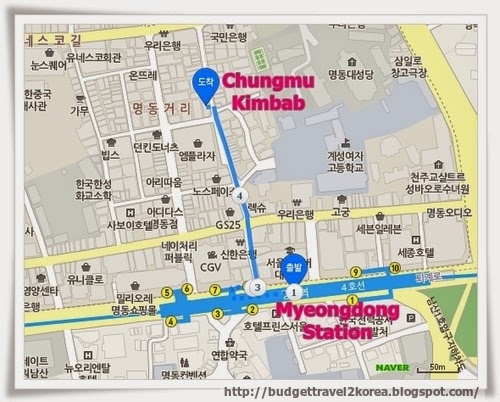 Once you go out of Myeongdong station, Line 4 (light blue), Exit 8 --- walk straight. You walk pass M Plaza on your left. Right in front of Chungmu Kimbab 충무 김밥, you will see Seolbing on the second floor on top of Jipangi ice-cream 지팜이 아이스크림.

Warning: Seolbing Cafe' is always full house. Beware that you might need to queue up.